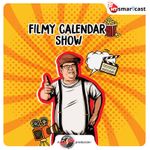 In this episode, Satish Kaushik's calendar pulls out some trivia about Haseena Maan Jayegi! This film stars Sanjay Dutt, Govinda, Karisma Kapoor, Pooja Batra, Anupam Kher, Kader Khan, Aruna Irani, and Paresh Rawal. The film is inspired by the 1966 film Pyar Kiye Jaa and went on to become the fifth-highest-grossing Hindi film of 1999. Tune in for some more fun facts about the film.