In this podcast, listen to a panel discussion of Mint View's editors on important issues of the day. This is a Mint production, brought to you by HT S martcast....

Jack Dorsey, CEO of Twitter Inc, in a series of tweets announced that political advertising on the platform would be banned. The reach of the political messages, he said, should be “earned“ and not “bought”. The move is of significance given the misuse of social media to spread fake news that can influence public opinion. But it also raises the question if such a ban is justified in a democracy that swears by the principles of free speech. A middle ground is perhaps what is required. 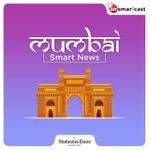