Life has slowed down. It's time to catch up. Find out how the ground-breaking and often unusual approach of some of the most powerful thought leaders have changed the way people think about politics, culture, fashion, sports, cinema and other fields. Find the likes of Akshay Kumar, Anil Kapoor, Manish Malhotra, and others about their vision and failures in intimate conversations exclusively at Hindustan Times Leadership Summit Studio. This is a Hindustan Times production, brought to you by HT Smartcast.... 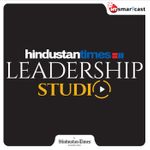 Michael Phelps opened up on his Olympic triumphs and his battle with depression at the HT Leadership Studio. Phelps said that he always set goals for himself and his coach always came up with a plan to achieve it. The legendary swimmer said that he had a hunger to do something that had never been done. Phelps also spoke about his battle with depression and said that it should not be looked upon as a weakness.